June Finfer, playwright, is president of Lost and Found Productions, a not-for-profit producer of documentary films,  plays, and musicals.   Her musical, with Elizabeth Doyle, BURNHAM’S DREAM: THE WHITE CITY, will have its premiere June 1 – July 1, 2018 in Chicago at Theater Wit.  Exploring Daniel Burnham’s struggle to build a great world’s fair, the musical captures the humor and drama of an ambitious self-made man in the Gilded Age.  It’s a tribute to the achievement of the 1893 World Columbian Exposition by a man and the spirit of Chicago, determined to prove to the world that neither Civil War nor a great fire can halt American progress. 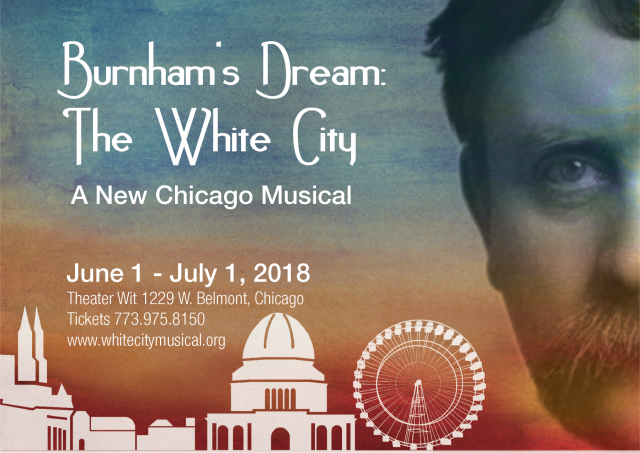 Finfer’s play, The Glass House, about the Mies van der Rohe Farnsworth House, was produced by Madd River Productions at Theatre Row in New York City in 2010 after readings and workshops in New Jersey, New York, Connecticut, and Illinois. Her adaptation of a Shirley Jackson novel, Come Along with Me, was broadcast on television, directed by Joann Woodward. She also writes and produces documentaries about architecture and the arts, which are in international distribution.

Finfer studied literature at the University of Chicago, (MA) theatre at Northwestern University, (BS) and photography and filmmaking at the Illinois Institute of Technology, in Chicago. She has taught writing and literature on the secondary and college levels. She lives in Chicago. She is a member of Dramatists Guild of America, Writers Guild of America, East, and Chicago Writers Bloc.