Produced in 2010 at the Resonance Theatre in New York City, written by June Finfer and directed by Evan Bergman and presented at the Farnsworth House in Illinois and the Philip Johnson House in Connecticut. World War II has been won by the Allies. German architect Mies van der Rohe sees an opportunity, in America, to build his vision of a new architecture when he meets Chicago Dr. Edith Farnsworth, who seeks peace with a house in the countryside. Can their relationship survive his ambition and her trust?

“The Glass House” explores the romantic relationship between a female client and a male architect that merely happens to have, at its center, one of the most famous houses in history.” – “Sex and Real Estate,” Paul Goldberger, The New Yorker

“An absorbing drama.” – Curtain Up

For her play about Mies van der Rohe to get noticed in Chicago, June Finfer had to take it to New York.” –“If You Can Make it There,” Deanna Isaacs, The Chicago Reader

A story of innocence and guilt. But who is innocent, and who is guilty?

The Trenton Six, a screenplay by June Finfer, is the true story of justice denied when six young African-American men are accused of murder in Trenton, New Jersey, in 1948. Based on a recently published book by historian Cathy Knepper, it is the searing account of a pre-civil rights, pre-Miranda Rights, Red baiting, Jim Crow era. The fate of the men was a cause célèbre at the time (supported by Albert Einstein, Paul Robeson, and Arthur Miller among many others), but the case has largely been forgotten, probably because of the role the Communist Party played in supporting the men and attracting public attention.

The Trenton Six is the group name for six African-American defendants tried for murder of an elderly white shopkeeper in January 1948 in Trenton, New Jersey. The six young men were convicted in August 1948 by an all-white jury of the murder and sentenced to death. Their case was taken up as a major civil rights case, because of injustices after their arrests and questions about the trial. Wikipedia entry 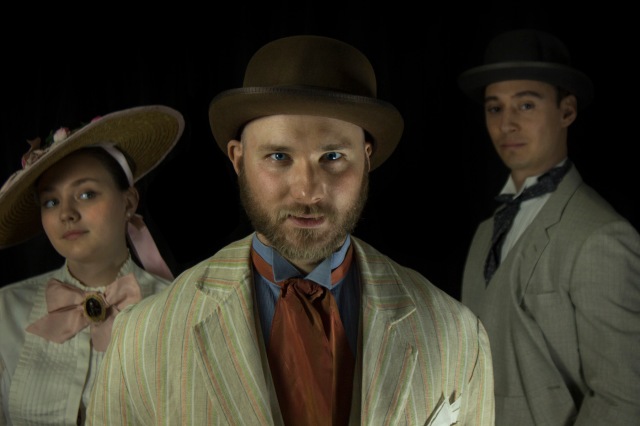 For more on The White City: A Musical, visit: whitecitymusical.org.
END_OF_DOCUMENT_TOKEN_TO_BE_REPLACED